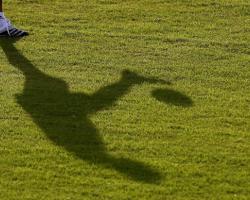 St Mirren 0-1 St Johnstone: Match Report - view commentary, squad, and statistics of the game as it happened.St Mirren sunk againStruggling St Mirren suffered their 11th defeat in 15 Premiership matches this season as improving St Johnstone took all three points away from Paisley with a 1-0 victory.An early Michael O'Halloran goal was enough to claim the victory for Tommy Wright's men, and heap more pressure onto Buddies boss Tommy Craig.The win is St Johnstone's third in their last four league fixtures and moves them 12 points clear of St Mirren, who remain rooted in the bottom two.Craig handed starts to youngsters Steven Mallan and Jack Baird with Thomas Reilly and Sean Kelly dropping to the bench

Adam Drury also came into the starting XI in place of captain Jim Goodwin.St Johnstone came into the game in good form, unbeaten in their previous four league games, and Wright made only one enforced change with David Wotherspoon coming in for the suspended Lee Croft.With only seven minutes on the clock, the visitors took the lead when a deflected O'Halloran strike silenced the home crowd.A long free-kick from Brian Easton was floated into the box and was not properly cleared by the St

The ball fell to O'Halloran who curled in a shot from 25 yards out that Mark Ridgers was unable to keep out.The early goal seemed to kill the momentum of both sides, with the Buddies having to wait until midway through the first half to create their first real chance of the game.Veteran striker Steven Thompson did well to hold the ball up and slide a pass into the path of Adam Drury but the midfielder's shot was tame and hit straight at Alan Mannus.The visitors could have doubled their advantage moments later when O'Halloran met a Simon Lappin cross from the left, but the Irishman's header looped over the bar.Former Scotland forward James McFadden then had a glorious chance to pick out a team-mate when he collected a loose ball on the byline, but instead he curled a shot wide of the target.As tackles began to fly in, referee Kevin Clancy brandished yellows cards to Wotherspoon and Dave Mackay for late challenges, and then waved away a St Johnstone penalty claim.Goalscorer O'Halloran went down after being put through on goal but, while the Irishman felt he was clipped by Jack Baird, Clancy awarded a goal-kick much to the frustration of Wright in the Saints dugout.Kenny McLean did his best to trouble Mannus with two efforts before half-time, his first shot was hit straight at the St Johnstone keeper while his second attempt a minute later was well wide.The second half started with Craig bringing on Englishman Callum Ball for Thompson.The effects of the change were instant as the game began to open up

Substitute Ball created an opportunity for himself on the edge of the box and his effort did force Mannus into a diving save.The Saints responded as they sought to put the game beyond St Mirren, coming close to doubling their lead on several occasion early in the second period.McFadden went close first with a glancing header that failed to trouble Ridgers in the goal, and then moments later his strike partner Brian Graham saw his effort crash against the post.McLean tested Mannus with two long-range free kicks, but the visiting keeper was equal to them to keep his side in front.Both goalkeepers were called upon just after the hour mark.First, Jason Naismith found Ball at the back post with a whipped delivery, but the striker found his header blocked by Mannus

At the other end St Johnstone striker Graham drilled in a low shot that forced Ridgers into a good save.The home side continued to press for the equaliser but could not get past Mannus in the Saints goal, the Northern Irishman denying substitute Sean Kelly with 13 minutes to go.St Johnstone weathered more lighthearted St Mirren attacks as the hosts slumped to yet another defeat, and one that casts more clouds of uncertainty over the future of Craig